- – Where is Lawsons Plumbing and Drain Cleaning located?
Lawsons Plumbing and Drain Cleaning is located at 712 McCoy Ct. Ste 53 - Lodi, CA 95240
+ – Does Lawsons Plumbing and Drain Cleaning offer a 24/7 emergency response?
Yes, we do offer a 24/7 emergency response. If you have an emergency please call us at 209-333-0898.
+ – Why does my drain get clogged?
Usually drains are clogged because people are not careful of what they put in them, especially in the kitchen. Other drains, like in the bathroom, get clogged because of the oil residue from soaps, shampoos and hair. It is recommended that you are conscious of what you put down your drains and treat them regularly with a drain cleaner such as Bio-Clean.
+ – What causes my faucet to drip?
The most common cause of leaking faucets is that the components are wearing out. Faucets are used a lot, so it’s no wonder that, after a while, some parts will need to be replaced. The washers (or rubber seals) on compression faucets face the friction of the water flowing through them, thus they wear out quite frequently.
+ – How can I prohibit leaking pipes?
Take the time every once and a while to inspect your pipes. If rust or lime is depositing on them, this may indicate a leak is starting.By performing an occasional inspection you could stop a small problem before it turns into a large and expensive one. Leaking pipes can damage floors and belongings and become much more costly than if the problem was detected early.
+ – Is there really a difference between hard water and soft?
Most water is termed “hard,” which means that it contains a significant amount of minerals, mostly calcium and magnesium, both of which are essential to the human diet. Other vital minerals and trace elements are also found in hard water. In other words, the substances that make water hard are not contaminants. ­Instead, they are the ­naturally healthful components of water. Overall, water is commonly ­rated in five categories (very hard, hard, moderately hard, slightly hard, and soft) by how many grains of minerals per ­gallon it contains.

An example of naturally soft water (with little or no mineral content) is rainwater, but when we speak of water softening, we’re referring to removing the minerals by artificial means. This process typically makes the water salty to varying degrees and may make it unsuitable for routine drinking or plant watering. Why? The softening process may replace the calcium and magnesium ions with sodium ions.
+ – What’s the difference between conventional water heaters and tankless?
A Traditional water heater stores and preheats 30-50 gallons of water in a tank. That preheated water is used whenever someone showers, does the laundry or washes dishes. The tank then refills to be reheated once again. A Tankless water heater uses a heat source (electric or gas) to warm up cool water on-demand whenever you need it rather than storing hot water in a tank. 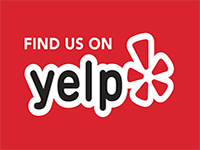